One of the things that feels quirky on the iPad is form submission.

On :focus the page would jump awkwardly. Now this is done intentionally so that the user can continue to see the form field in question above the virtual keyboard that pops up from below. And then be able to see what is being typed into the input field. This automatic focus centering is handled by iOS itself—at an operating system level—and even though it is handled quite smoothly, the fact that the page jumped at all causes our retinal muscles to reflex and we are forced to re-engage with the page layout again.

A sort of an expensive re-layout in the brain. Most of us ignore this visual nit on the phone due to saccadic masking, but if we were to pay attention to it, the experience is kind of similar to how one would react when a page flies off the table as soon as we’re about to write something on it.

A flash of uncertain position — a FOUP bug?

On the iPads, depending on where the field in question had been, a page could travel upwards through a distance of nearly 400px simply to ensure that the field in question is above the horizon. That’s quite a lot. If anything, it makes the transition from reader to writer mode on the iPad appear nearly disabling. Far more than it affects on a mobile. From a UX standpoint this nit is a little too much if your users are likely to submit a form on your site regularly.

To avoid the FOUP on login form, which in case of Bubblin is submitted via a modal, we introduce touch logins from today.

Touch login is nothing but a graceful way to allow your returning users to tap_to_login. The cookie is presented on the layout of your site (header), near the login link to gain access so that people can associate it with its purpose. This way users don’t have to click or fill the login_form everytime they want to login into their account. 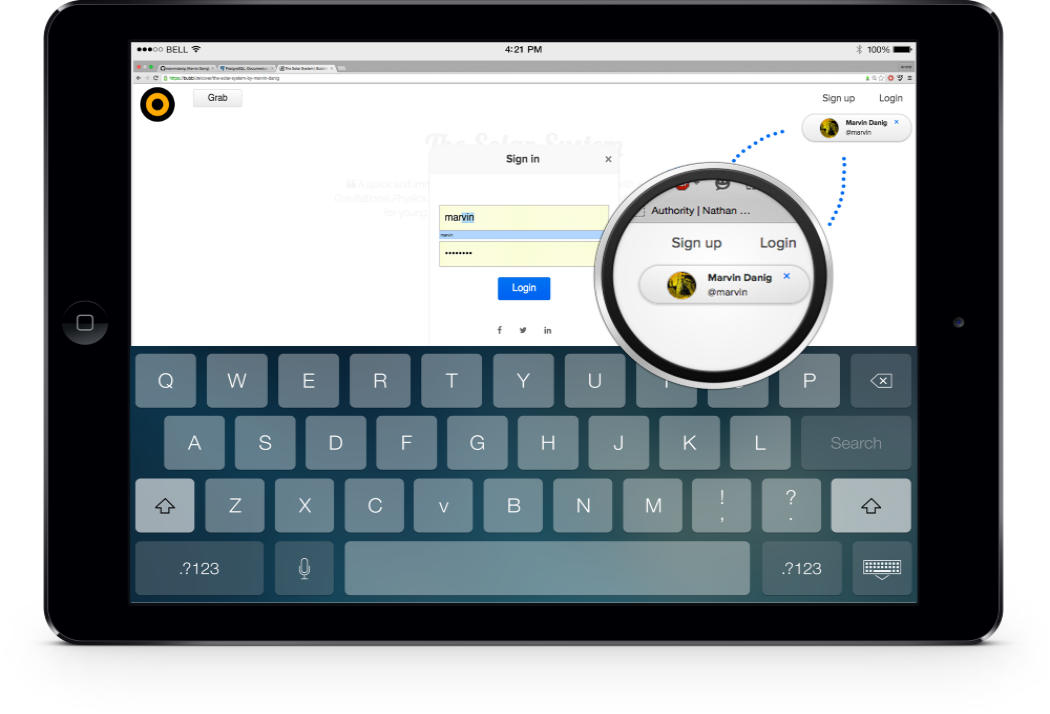 Incidentally, Quora had a feature close to what touch logins are on the earlier version of their site, but they seem to have removed it. Also, they did not provide the option via the site header so the users had to first load their full login page and then find the cookie to tap on it. IMO, doing it via a component that is common to entire site is much better. 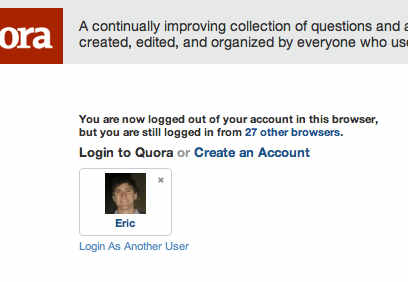 What do you think about it?

P.S.: It’s likely that some of you viewed this site on your desktop. We recommend revisiting on the iPad!